This is a highlight from SuperMarioBros-Nes Level 2-1, 120M timesteps PPO2 training

This is a quick intro to get started running Machine Learning on retro games (Atari, NES, SNES, Gameboy, Master System, Genesis). I find it’s a great way to start learning about Tensorflow and Machine Learning in general.

As mentionned on their github page OpenAI baselines is meant to serve as reference for high quality implementations of various RL algorithms. For example you have their implementation of PPO2 (Proximal Policy Optimization) that you can apply to thousands of games ranging from Atari Pong, Sonic The Hedgehog on the Genesis to Super Mario Bros on the NES.

You can find an intro and installation guide to baselines at their Github page It’s decent but if you want extra details on how to get started you can read on :)

I would recommend a fresh install of Ubuntu 18.04. You can always install it on MacOS or Windows as stated on their readme.md but on Ubuntu is definetly the smoothest way. You can execute these commmands at the terminal. It’s mostly all what OpenAI baselines needs that is not included on a default install of Ubuntu, including Python 3 and Tensorflow.

after that, in the terminal, just type

Make sure everything runs well by testing Atari Pong 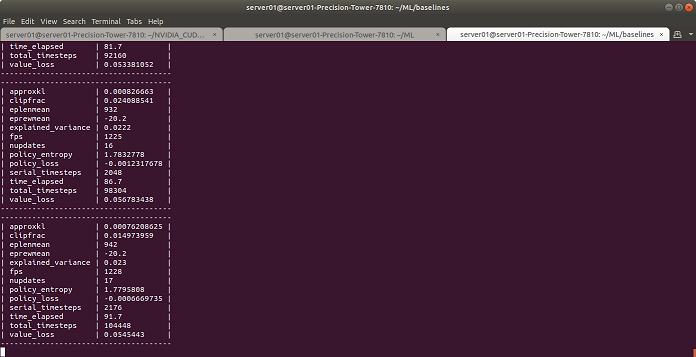 First you need to import the SuperMarioBros rom. Unzip the rom and run this command in the directory containing your rom. It looks for a specific version of the rom (the US one I think) so it doesn’t work out try other versions. To save time, I would recommend getting a rom pack of multiple games and import everything at once.

Then test Level 3-1 for 10M frames of training with PPO2:

You can see the whole training from 0M to 10M here for Super Mario Bros Level 3-1:

It’s same process for other console games altought you will likely need to add it to a list in the source code first. run.py

Notice that num_timesteps is 0, if you put a number bigger than if will train first for that amount

Before running the experiment you need to set the OPENAI_LOG_FORMAT variable:

You can launch tensorboard with this:

Note: Currently only some scalars are accessible in tensorboard, if you don’t see graphs and other useful metrics don’t panic it’s just not integrated yet. There is an issue someone opened about it.

Most likely the most important scalar for you is the reward. Here is the reward graph for level 3-1 after 10M frames of training on PPO2. 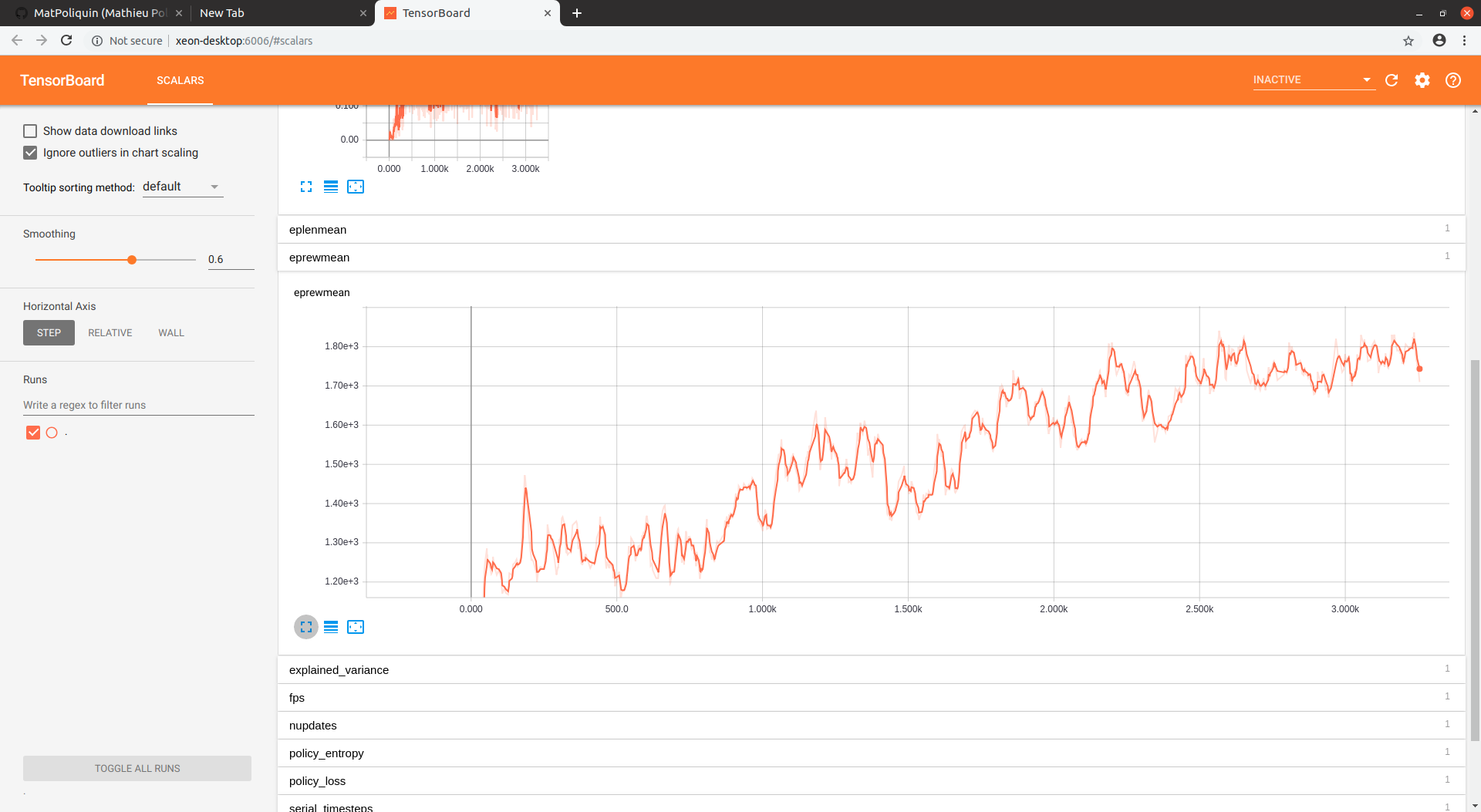 The integration tool is really handy to integrate new games that are not in the list, create new game states, mine additional information from the rom such as enemy positions, etc.

Here is how to compile from source on Ubuntu/Linux

Next launch the tool:

Select ‘Game->Load game…’ from menu, then load the mario rom usually located in your python site-packages, some similar to this: 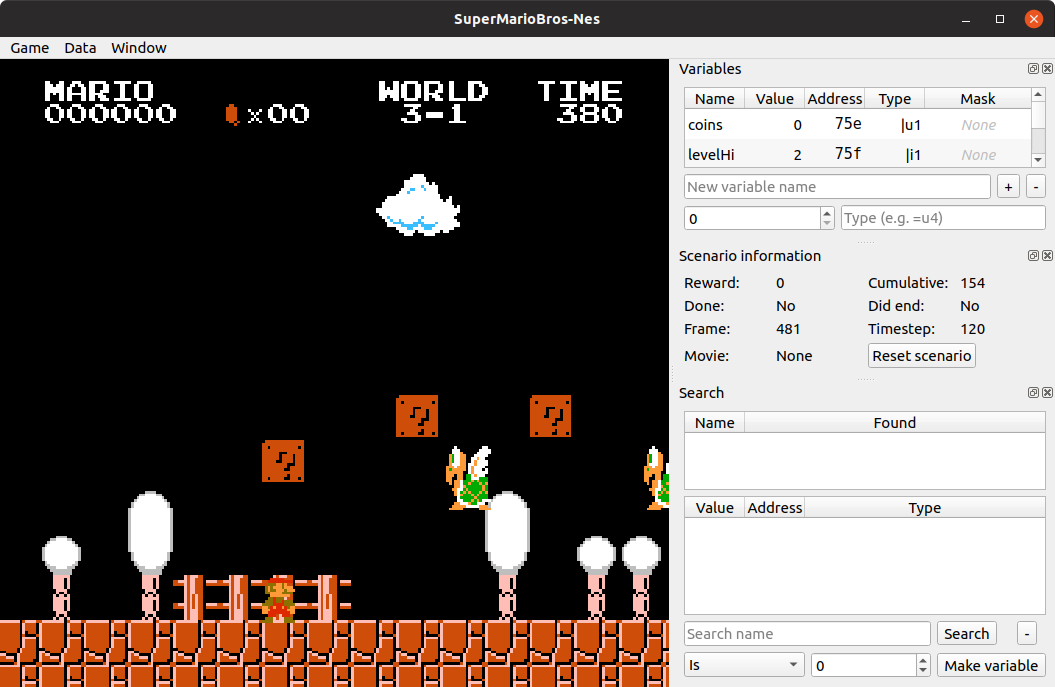 More details: There is already a very good guide on how to use the tool: Integration tool guide