Using AMD and Intel GPUs on Windows with Tensorflow DirectML

Recently Microsoft released a preview of their DirectML backend for tensorflow.

This backend enables support for most DirectX 12 devices on Windows including AMD and Intel integrated GPUs.

This is very good news because the default CUDA based backend that is locked to NVIDIA cards and ROCm (for AMD cards) only works on Linux and doesn’t support all AMD cards. So up until now lots of users could not leverage their GPUs with tensorflow

If you are using Windows Subsytem for Linux you need to install the AMD preview drivers first: download here

As you can see the screenshots bellow the performance is quite low compared to ROCm 3.3 where you get around 88 frames/s. One of the reasons for this is lack of support for some ops. 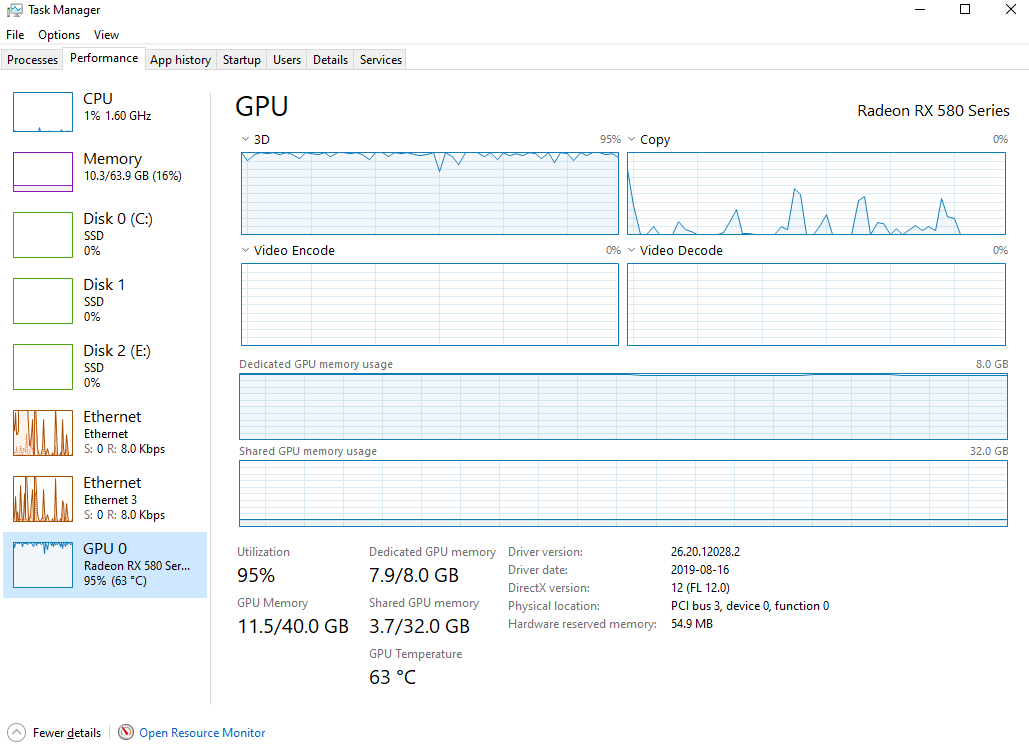 As you can see performance is also quite low, in comparaison the CPU version (Intel i7-8550U, without the use of AVX2 instructions) runs at 2.21 images/s

If you want to see the YOLO sample provided by Microsoft in action:

They state that there is still some ops that are not implemented yet which explains the low performance.

Although there is still lots of optimizations work that needs to be done, the DirectML backend for Tensorflow is a very useful initative from Microsoft as it will enable a lot more users to leverage their GPUs for Machine Learning that would have otherwise very little alternatives. I recommend you test DirectML out and report the results for your GPU on their issue’s page